Always with a finger on the pulse of the times, media research in Siegen can now look back on a tradition of over 30 years. 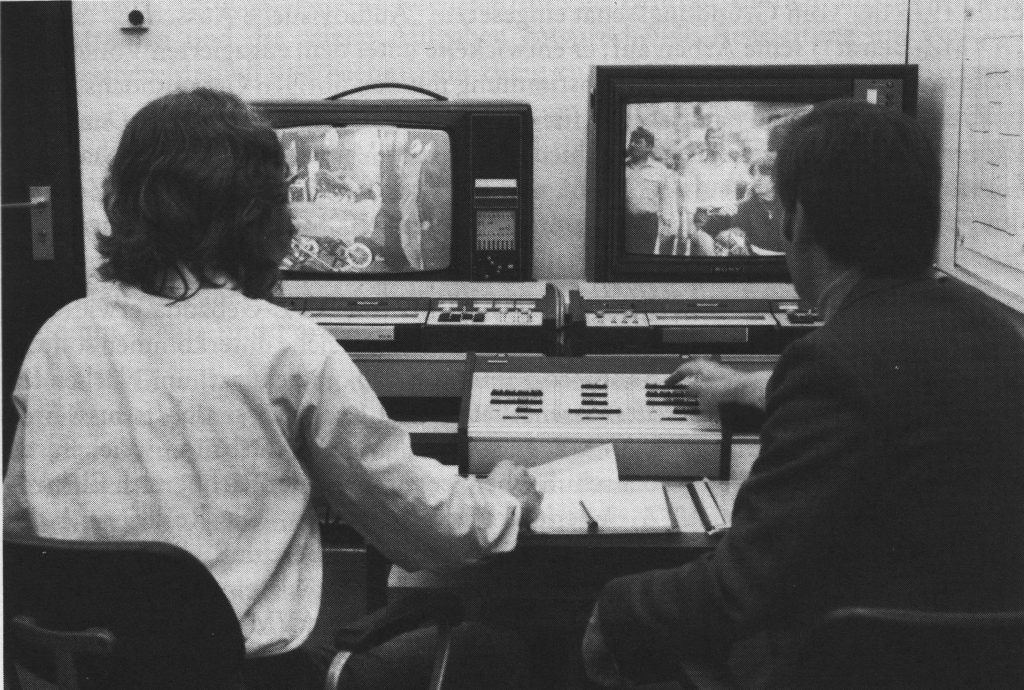 When the first Collaborative Research Centre (Sonderforschungsbereich, SFB) of the German Research Foundation (Deutsche Forschungsgemeinschaft, DFG) in Siegen started its 14-year-long work in January 1986 on the subject of “Aesthetics, Pragmatics and History of the Screen-Based Media,” it was mainly literary scholars, foremost among them Helmut Kreuzer, Helmut Schanze, Siegfried J. Schmidt and Christian Thomsen, who laid the foundation for media research in Siegen.Thus, the hitherto customarily “classic” science of literature was extended by a new media science perspective. The literary scholars from Siegen were responding to the challenges that arose in literary studies by the increasing influence of new media.

The Collaborative Research Centre “Screen-Based-Media” (Bildschirmmedien) accompanied the development and introduction of private television channels such as Sat.1 and RTL as well as the fundamental redefinition of the media landscape towards a ”dual system.” More than 2000 publications, including the five-volume “History of Television in the Federal Republic of Germany” and the publication series “Workbooks Screen Media” are evidence of its broad success.

Since as early as the 1970s, improved conditions within the University of Siegen have been facilitating the gradual establishment of media sciences as a discipline. A first important step in this direction was the founding of the Audiovisual Media Center in 1974, today called the Centre for Information and Media Technology (ZIMT), which currently hosts one of the largest archives of film recordings at German universities. Another component was the foundation of the Institute for Empirical Literature and Media Studies (LUMIS) in 1984. The start of the success story of Siegen media research was completed in 1987 by the first graduate program the DFG ever granted in the humanities, “Forms of Communication as Ways of Life.”

With the new millenium, media research in Siegen also entered a new phase. In 2000, the second Collaborative Research Centre in Siegen was approved by the DFG, the Research Training Group “Media Upheavals, Media Cultures, and Media Aesthetics at the Beginning of the 20th Century and into the 21st Century”. The new Research Training Group coincided with the beginning of wide-spread digitisation and the keyword intermediality was examined in a historically comparative perspective. The digital upheaval was to be investigated as a change of media and its significance for the emergence and the relevance of media cultures.

The Research Institute LUMIS was merged with the Institute for Media Research in 2001, a visible sign of the increasing emancipation of media studies as a discipline. In the context of the Research Training Group, the journal “Navigations” (Navigationen) was launched as a new media studies publication platform to make the results and relationships of media research in Siegen even more visible.

The new Collaborative Research Centre “Media of Cooperation” stands for an interdisciplinary re-orientation of media research in Siegen in the context of a digitalized society. It is characterized by an explicit opening to new professional disciplinary and methodological approaches from the social sciences and engineering, without losing sight of the cultural and literary roots of Siegen media studies.

The speaker of the Collaborative Research Centre in Siegen, whose work began in January 2016, is the media scholar Erhard Schüttpelz. The new digitally published magazine “Media in Action” whose first issue will be released this year aims to ensure an international journalistic presence. For the first time in the history of the Collaborative Research Centres in Siegen, all faculties of the university are involved. Several new professorships were created in the context of its preparation. Essential elements of the partial realignment of Siegen media research are the establishment of the Media Studies Graduate School “Locating Media”, a DFG Research Training Group since 2012, and the newly formed “iSchool – School of Media and Information”. The latter is directed by the computer scientist Volker Wulf who also acts as deputy spokesman for the new Collaborative Research Centre.